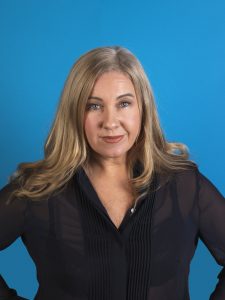 Louise has a unique dual standing of being a sought after celebrant, and a prominent figure in both the Business community and the Comedy industry. She has empowered thousands through one to one and team coaching, video and online courses.

She has created personal and professional coaching programmes for executives, leaders and entrepreneurs and been hailed by business leaders on her thoughtful, engaging and entertaining delivery.

Louise provides an excellent balance of inspiration, theory and practical advice that will stick with you well after her talk. An engaging speaker with a terrific storytelling style, Louise has earned a reputation for entertaining, informing, and inspiring large (and small) audiences.

Louise was awarded a Master’s degree in Creative Writing by Sir Trevor McDonald and is the author of best seller How to be a Comedian and Smash your First Gig, and The New Comedians Handbook.

She also writes fiction and her next book Die Laughing is due to be published by Funny Bones Publishing in early 2021.

Louise started a career in stand-up comedy in 1999. She worked alongside Jimmy Carr, Alan Carr, Rich Hall and Steven K Amos among others as she entertained international audiences with her Glaswegian wit.

Louise won numerous awards though was knocked out of Channel 4’s ‘So you think you’re funny’ competition by Russell Brand. Television appearances included RTE and Channel 4. She is also a regular performer at the Edinburgh Fringe Festival where she featured in a sell-out show Scotland’s Best and Guests.

Louise is also an Independent Celebrant 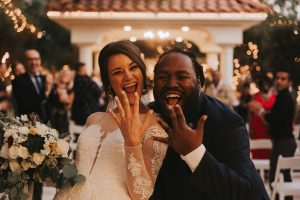 She specialises in Weddings, Funerals, Naming Ceremonies, Vow renewals, and Master of ceremonies.

Her background in stand-up comedy ensures a breath of new life into your ceremony and a cool, calm, head under pressure.

She works hard to really get to know the person/persons at the heart of the ceremony and takes great pride in frequently being mistaken for an old family friend at ceremonies.

If you want a ceremony that is fun, professional, heart-felt and never boring, then Get in touch and let’s create an unforgettable ceremony.

FEEL FREE TO
DROP US A LINE.
OR GIVE US A CALL.