This year Brighton Comedy Course had three shows in the Fringe Festival. Graduates from across all courses stepped up to the mike and took the stage. There was a great atmosphere in all the shows and we had decent sized audiences thanks to a regular marketing and the support of family and friends. I compered all shows which was fun. It was great to see graduates who are working on the circuit getting better at their craft and even better to see that several of them had got together to organise their own Fringe shows.

We weren’t lucky enough to lure any reviewers to the shows though I’m confident that Brighton Comedy Course and its graduates would have been well received. Well done to all the graduates who were involved.

One of our graduates Phil Jerrod who performed in Brighton Comedy Course shows and his own show received great reviews, including one from Brighton Argus “Certainly one to keep an eye on. His tortured ramblings about being white and middle-class run on like the nightmare I imagine it isn’t and made me genuinely laugh out loud.”  Well done Phil. 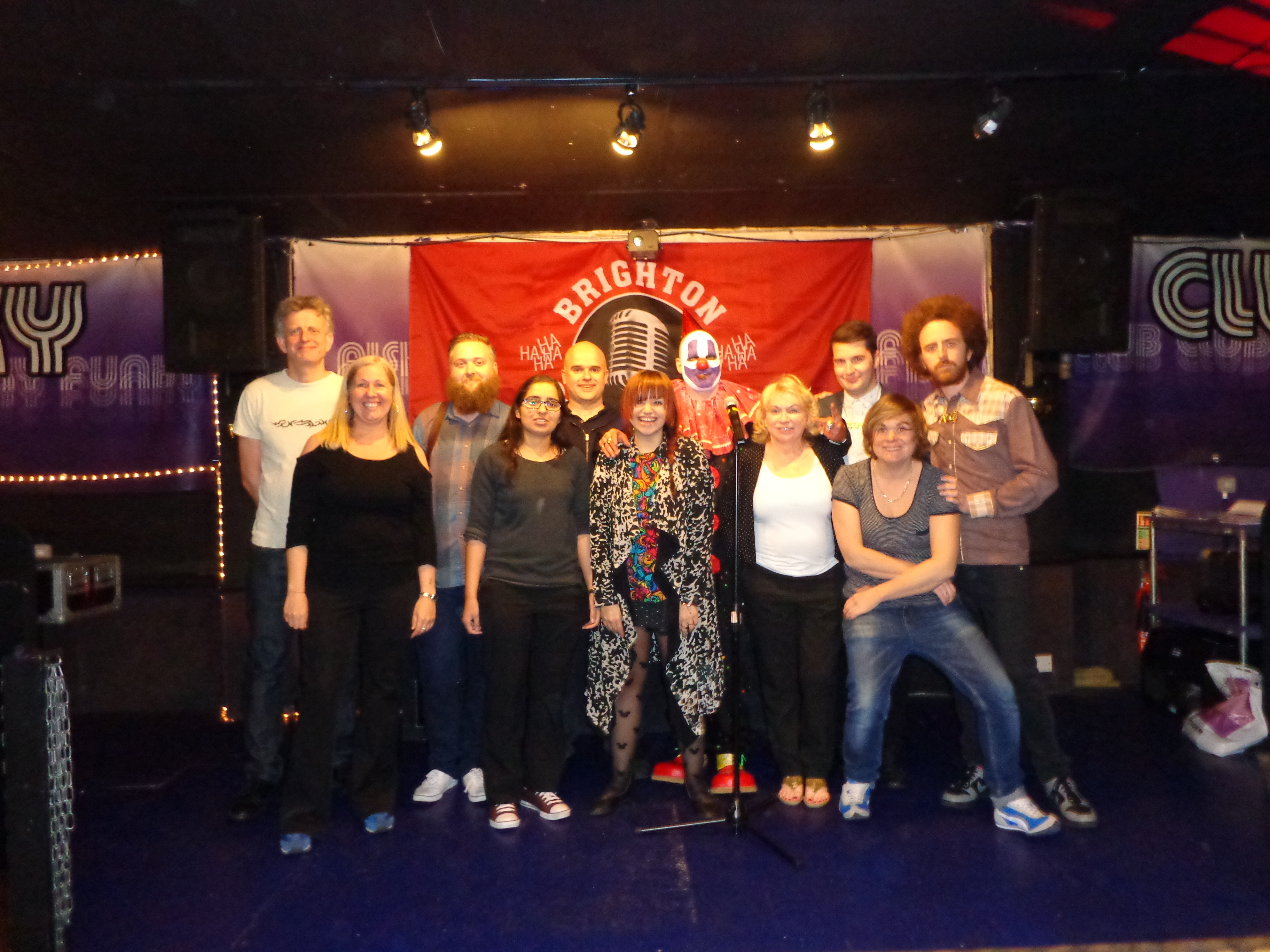