Can you teach someone how to be funny? Is that actually a skill you can learn? The team at Brighton Comedy Course say it is, and so I went along to find out just how funny I really am…

When I signed up for a taster course day with Brighton Comedy Course, it was honestly because I fancy being a comedian. I love showing off, and as a child I always imagined I would be famous one day. I had visions of myself singing to massive crowds, or taking a bow as the audience were on their feet roaring. 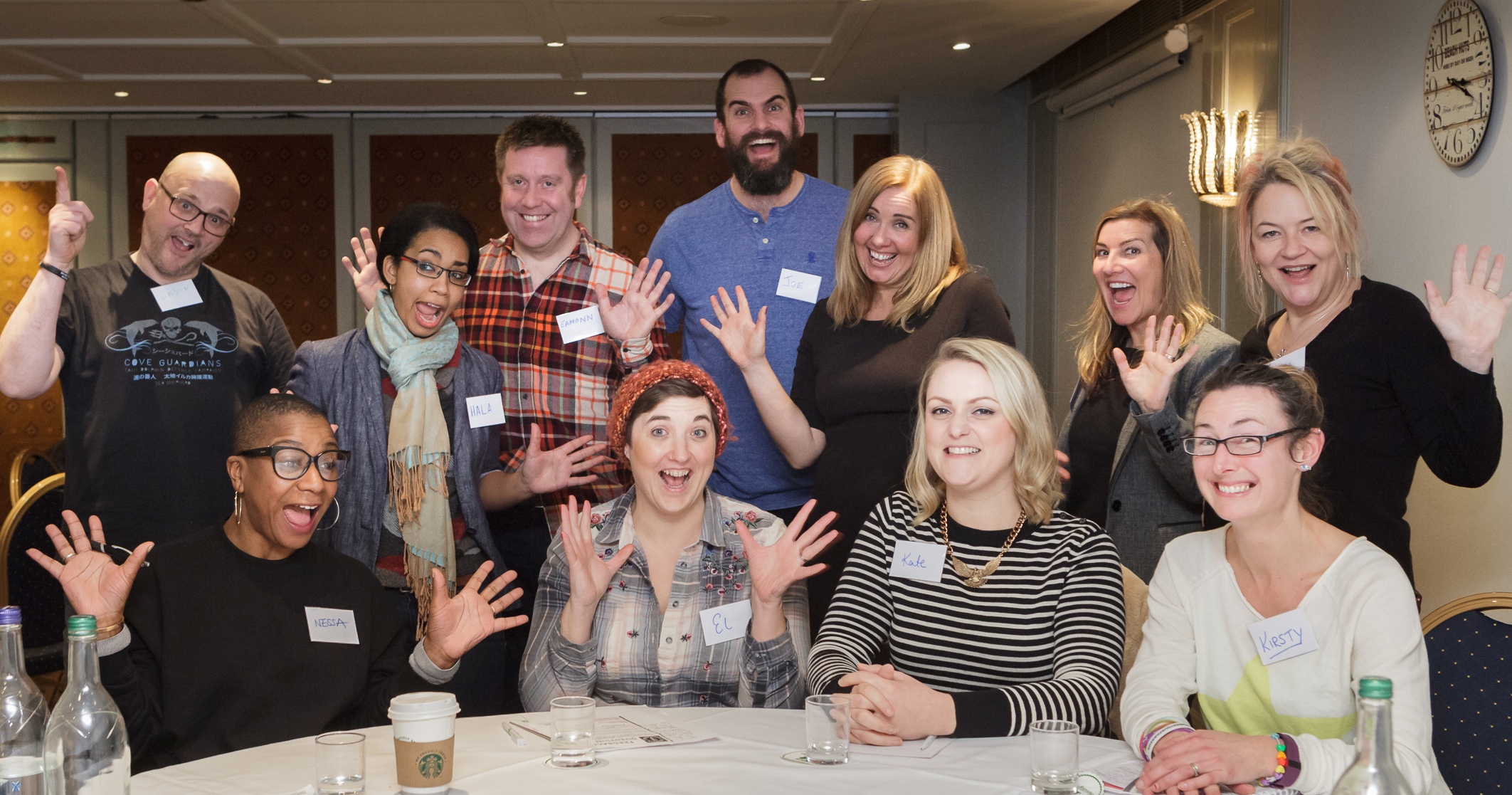 But it didn’t really work out for me. My forays into being in bands (too scared to sing / can’t play an instrument well enough), TV (too fat / not bubbly enough) or theatre (not a good actor) proved largely to be abortive. It turned out, apparently, that although I loved showing off, once you put me in a studio, or in front of a room full of other actors, the arse falls out of my confidence. Who knew?

Fast forward to now and things are different. One of the best things about being in your forties is not giving a monkeys about what other people think, and I don’t mind standing in front of a load of people and doing stuff. It’s a bit late though to be making it in Hollywood or killing it as a rock star, so I’d all but given up my dreams of performance fame. But recently I’ve done a fair bit of public speaking and I’ve got years of teaching under my belt, and I started to see another opportunity. Maybe I could do comedy, I thought. I make my students laugh, and trust me, there’s not a more critical audience in the world than a close-up group of teens who haven’t slept for days. Maybe this is my thing.

I think I’m funny. As in, I make people laugh, not have them laugh directly at me for being ridiculous. I tell myself that anyway and I hope I’m right. But it’s a bit different actually having to stand up and BE funny, rather than just win a round of banter, or play off someone else’s lines. Can I do that? Only one way to find out, Harrington-Lowe…

So I found myself one VERY wet and windy Saturday in a hotel room full of strangers, preparing stand up comedy material to perform in front of them. And you know what? It wasn’t as scary as I thought. Granted, it’s a very forgiving audience – everyone there is a bit terrified, and we’re all very supportive of each other. But I think I can honestly say I developed two very short routines that were actually funny in parts. People laughed! I caught the bug.

I have learned that I am a storyteller, not a gag merchant

The best bit about the day for me was learning how to identify, extract and develop the funny. The writing exercises, guided by tutor Louise Stevenson, were a revelation, and so were the delivery techniques tips. I have learned in a very short window that I am a storyteller, not a gag merchant. And that I rush through my material where I could slow down, develop the ideas further and extract way more laughs in the process. Not bad for a few hours work!

They also offer creative writing courses too, and the taster day was split into half comedy, half creative writing. I enjoyed that more than I thought I would too; creating drama and storylines, working with the others to put together characters and short plotlines. It was fun. I write a lot of factual content, and have always thought I had no imagination for fiction. But turns out I was wrong about that too. 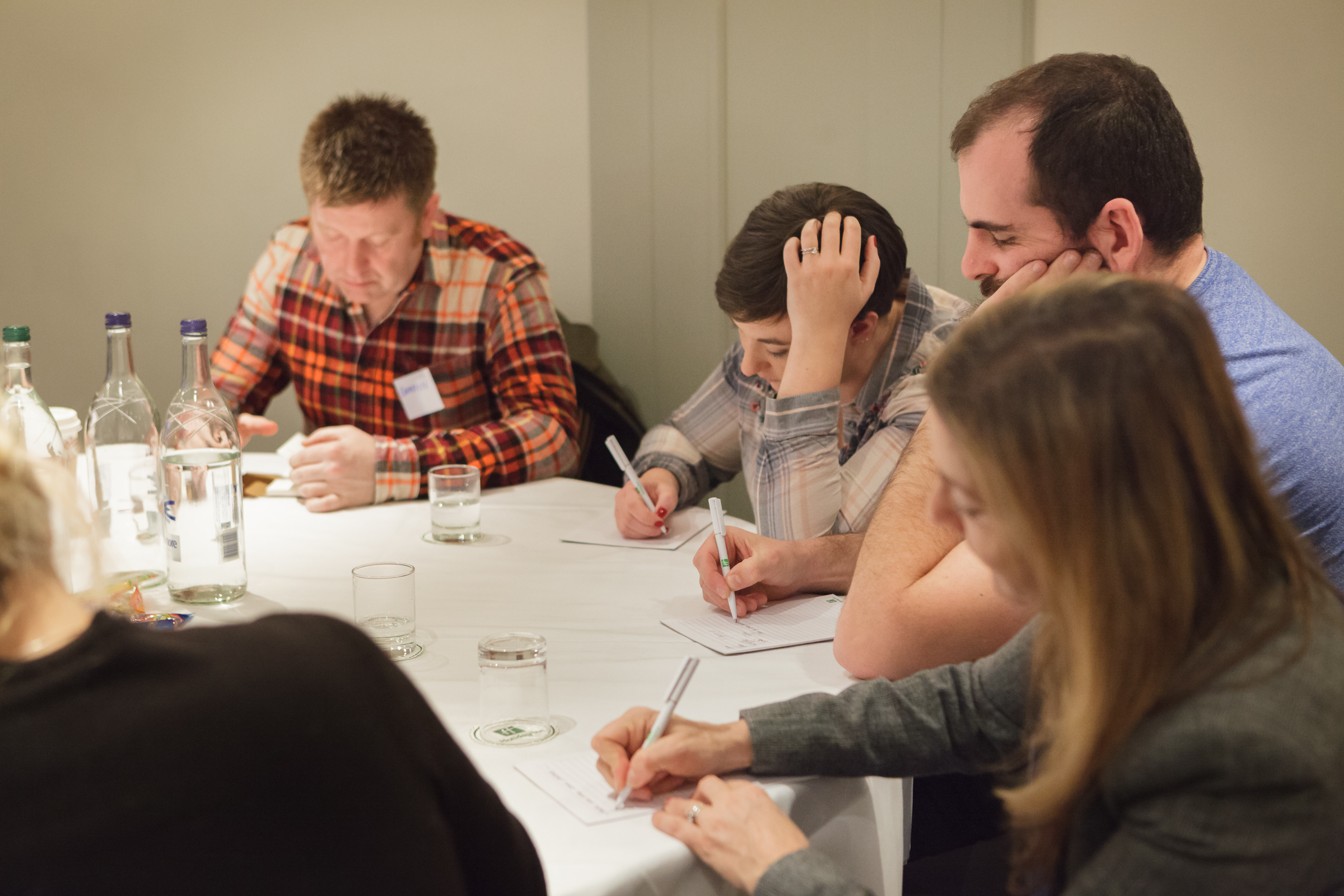 Anyone who’s been on a team building day will know how this stuff works. Your inner child (and possibly outer adult) groans at the thought of enforced exercises and actually having to work with Other People. But as with team building, once you start it’s OK. You get involved, get stuck into the tasks and actually end up quite enjoying it. And this taster day was a bit like that. There’s also something very liberating about stripping yourself bare (metaphorically, obvs) in front of a room full of people and trying to make them laugh. I don’t mind telling you that my heart was racing and my mouth dry, even just walking up to the mic and trying to swagger a bit was nerve-racking. But ultimately, I absolutely loved it.

I loved it so much in fact, that I’ve booked myself on the full eight week stand up comedy course which starts next week (still some spaces left, details below), which culminates in a live show at a nightclub in Brighton. Yes, I’m actually going to be doing a stand up routine in public, in a club, in front of people.

I can’t wait to get started. The course kicks off next week at the Windmill, where Brighton Comedy also hold regular comedy nights on a Thursday, if you’re interested. I’ll be updating a bit as I go through the course, and may even reveal where my first big break will be held. But only if I think I’m funny enough. The rest of you will just have to imagine my majestic routine, and shower me with applause accordingly.