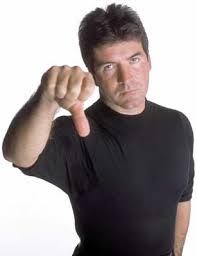 On this week’s comedy course, week 6, the students had their one to one with me. I received their material in advance which gives me the opportunity to look at it in closer detail and to add suggestions and editorial input. I sometimes worry that I might be a bit too Simon Cowell but all students without exception understood and agreed with my comments (the baseball bat on the table helped, I think!)

We have just over two weeks before the class perform at their graduation gig in front of a live audience, that gives the students time to make the changes and tweak their material to its very best.

After the one on one’s and performance section we went on our away day to see local comedy in Brighton. A night at Verdict was a great idea. I recommend it as a venue. The standard of comedian was great and the students watched the very techniques we had just been discussing in action. A practical and very fun night out.

If you would like to come and watch the graduates take the stage for the first time. The gig is on the 12th December at 8pm at Funky Fish, Marine Parade, Brighton.